Before the first leg game against Bayern Munich, Kaka’s wife tweeted this picture of some of the Real Madrid WAGs sharing dinner before the game.

As requested by a male follower on Twitter (yes, Umid) I have decided to make a top 5 list of our current WAGs. At the end of the post you will find a full list of the current Real Madrid WAGs as well as a poll to find who is the fans’ favourite WAG!

1. Lena Gercke: Sami Khedira’s 24 year old girlfriend is the winner of the first ever Germany’s Next Top Model. She is a model and a television host. She has been dating Sami since 2011. 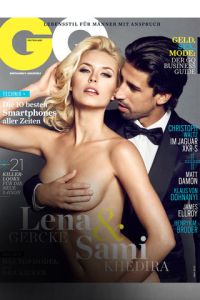 2. Sara Carbonero: The 28 year old Toledo born journalist is a great match for our Saint. She was one of the most talked about people during the past World Cup and her presence in South Africa was filled with criticism. However, that story had a very happy ending. 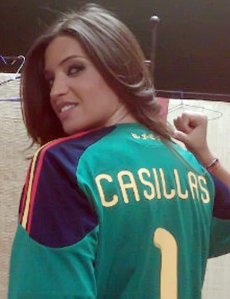 3. Irina Shayk: The 26 year old Russian model is known for being often featured in the popular Sports Illustrated magazine. Cristiano Ronaldo’s girlfriend was voted the sexiest woman in 2011.

4. Lara Alvarez: The 25 year old journalist is a sports journalist in Spain called to be the next Sara Carbonero. Sergio Ramos’ on and off girlfriend is usually the one whose Sergio’s goals are dedicated to.

5. Carol Celico: Kaka’s childhood sweetheart married the crack back in 2005. They have two beautiful children and they are quite the perfect family.

I post interviews, comments and news about Real Madrid
View all posts by rmadridgirl →
This entry was posted in Uncategorized. Bookmark the permalink.